CellCheck Time for a Change

Assuming you started the spring with a new set of liners, then it’s definitely time to change them now if you haven’t already done so. To help prevent mastitis, CellCheck recommends that liners are changed every 2,000 milkings, or every 6 months whichever comes first. For example, for the average Irish milk recording herd of 79 cows, if the full herd has been milking since March 1st in a 10-unit swing over parlour, the milking liners will have clocked up over 2,800 milkings by 31st August. These liners had completed 2,000 milkings by July 4th!

Cluster liners are designed to flex and squeeze the teat during each pulsation cycle, ensuring even blood supply and efficient milking. Over a prolonged period working, liners begin to lose tension and quality. Worn liners will hinder speed and completeness of milking, resulting in a loss of milk yield and risk of teat end damage. Fatigued rubber can also hold bacteria, and this can increase the total bacterial count (TBC) if dirt is being trapped. In severe cases, liners may be prone to absorbing fat and hold bacteria. Mastitis cases will also increase due to the irregular pulsation and pathogenic bacteria building up in cracked liners.

To calculate how often you should change your liners, based on the number of rows you’re milking, the following formula can be used:

Many herds have increased cow numbers while the parlour size has not. This effectively means more cows are being milked through the same number of liners as before; so liners will have to be changed more frequently than in the past.

Although changing liners can be expensive it will more than pay for itself in the long run if it means your cows are going to be milked fully and the incidences of mastitis are less.

15% off all standard, heavy, and sheep gates

Promotion on the 8th, 9th and 10th of August 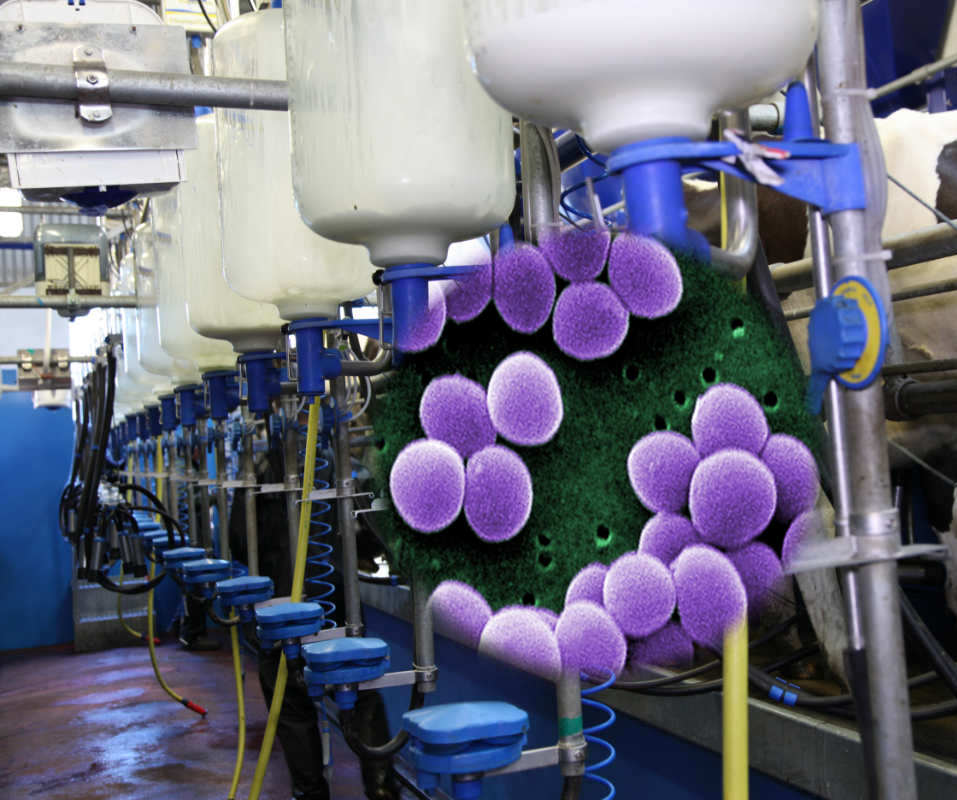 Pasteurisation is effective at reducing the microbial risk of milk but some bacteria can survive this process and subsequently grow in the pasteurised milk, these bacteria are called Thermodurics. These micro-organisms can carry over into cheesemaking and subsequently through the ingredient manufacturing process causing quality defects. These defects cause significant problems for food manufacturers, in particular the production of ingredients for infant nutrition. It is very difficult to remove thermoduric bacteria at processing level due to the severity of treatment required and the risk of further quality losses. Invariably, attention is drawn back to the stages of primary milk production, where the problem first arises and where control steps can be more effectively applied.

Source and Growth of Thermoduric Bacteria

Thermoduric bacteria have their origin in the environment and are widely distributed, occurring in animal feeds, faeces, bedding and soil. Levels can be higher in wet or extremely dry weather. Poor milking parlour hygiene, cracked or old rubberware, etc. are ideal conditions for bacteria to harbour and spread on equipment. With inadequate cleaning, contamination will build-up, particularly in hard to clean areas, such as pipeline joints and dead ends.

A Biofilm forms on pipelines from extensive thermoduric growth and this residual contamination can contribute to high bacterial counts in subsequent milkings, if it is not removed by proper washing of the equipment. Exposure of rubberware to chlorine for long periods will cause rubber to deteriorate faster allowing residues to build up.These sources are critical in determining levels of thermodurics in milk, and lack of attention in this regard can result in milk in the bulk tank containing substantially higher thermoduric bacteria/ml, rendering it unsuitable for processing.

Transfer of Thermoduric Bacteria into Milk

These mico-organisms are readily transferred from environmental sources into the milk when cows are milked. As previously mentioned, dirty cow teat surfaces, poor parlour hygiene and residues on milking machine equipment all contribute to elevated thermoduric readings. Risk of transfer is far greater whilst cows are housed, however soil contamination also contributes to the problem from cows resting on bare or poached paddocks.

Greater care is required to ensure hygienic milking conditions to obtain thermoduric numbers within the processor specifications. The following measures can be applied at farm level: