Gurteen farm is owned by the four West Cork Co-ops. There was a well-attended Open day on this farm on Wednesday 6th September. If you would like more detailed information about the farm and its operation there is an Open Day booklet available at Drinagh Central Office or from your local Teagasc office. It has been set up as a share farming operation, with the objective of supporting the entrance of young people into the dairy industry and providing one step on the ladder for these people in their career path. Equally share farming offers a way of retirement from dairying for the farm owner while still ensuring the assets of the farm (land and facilities) are used for milk production.

There are in effect two separate projects involved on the farm. One was to see the costs of converting a dry stock farm to dairying; two is the operation of a share farming arrangement.

Converting a Farm to Dairying

The farm is an 85 acre farm, in two blocks, separated by a public road. There was just a cattle crush on the farm before the conversion started. The total cost of converting the farm for dairying, including cow and calf housing, slurry storage, feeding and collecting yards, milking parlour and dairy, farm roadways, paddock fencing and water supply worked out at €2600 per cow. In order to reduce costs, the farmyard design was such that wintering and milking facilities are integrated. Thereby the collecting yard also serves as the feeding area during the winter months. The total cost of constructing the wintering accommodation and slurry storage was €732 / cow which is approximately €250 / cow lower than what similar wintering facilities with a roof would cost in stand-alone units.

The farm is in its second year of operation. The share farmer John Sexton is doing an excellent job in operating the farm. He owns all the cows and the costs of breeding and veterinary are his responsibility. He is responsible for ensuring there is a minimum of 90 cows milked on the farm. Equally all cull cow and calf sales belong to him. All other costs are shared on a 60:40 basis, with John paying 60% and the farm owners paying 40%. Income from the milk cheque is split using the same 60:40 arrangement. After a difficult startup year in 2016, John is milking 93 cows this year that are on target to supply 390kg of milk solids per cow, leaving both parties with a reasonable income. 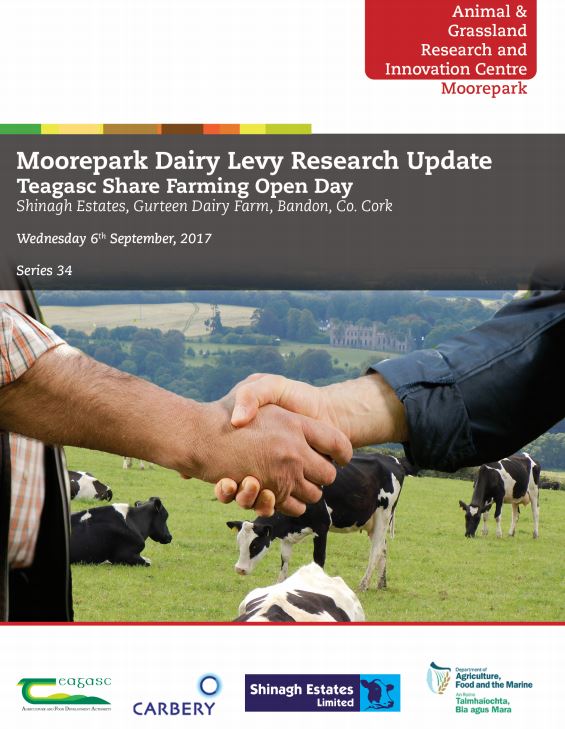 An existing dairy farmer could consider Share Farming for the following reasons:

The key to a successful Share Farming arrangement is to have both people focused on running a successful and profitable arrangement together. They must have an understanding and appreciation of each other’s personal needs. It also goes without saying that they must communicate openly, be honest with each other and they need to build trust and respect for each other.

For those who are interested in finding out more on collaborative farming, Tom Curran, Teagasc Farm Management Specialist, will be available to speak to people on a one-to-one basis at the Society’s annual Agri-Workshop on Wednesday December 6th.

Now is an important time to assess the Body Condition Score (BCS) of your herd. The target BCS at drying off should be 2.75 to 3.25. If cows are dried off at a BSC below 2.75, they will have an increased risk of calving disorders and reduced milk and reproductive in their next lactation.

When thin cows are identified, three management options should be addressed;

In many cases, waiting until thin cows are dried off to commence supplementary feeding will be too late to build body condition. It takes 72MJ of energy to put on 1kg liveweight on a dry cow whereas it takes 50MJ to gain the same weight while she is milking. Hence the value of identifying the thin cows in October and feeding them meals to rectify the problem early.

In working to achieve BCS targets, it is also important to know the quality of silage being fed. If quality is low or poor, the right level of supplementation will be needed to build body condition, see table for more details. 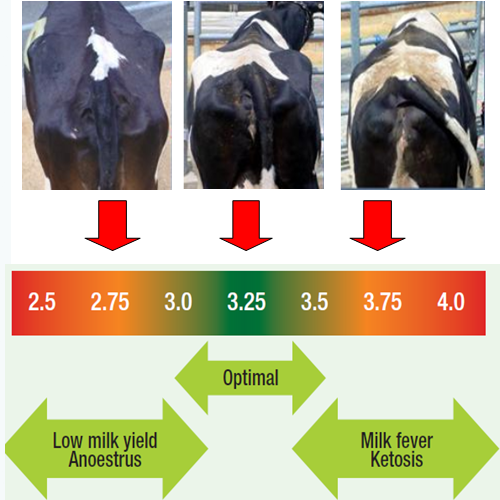 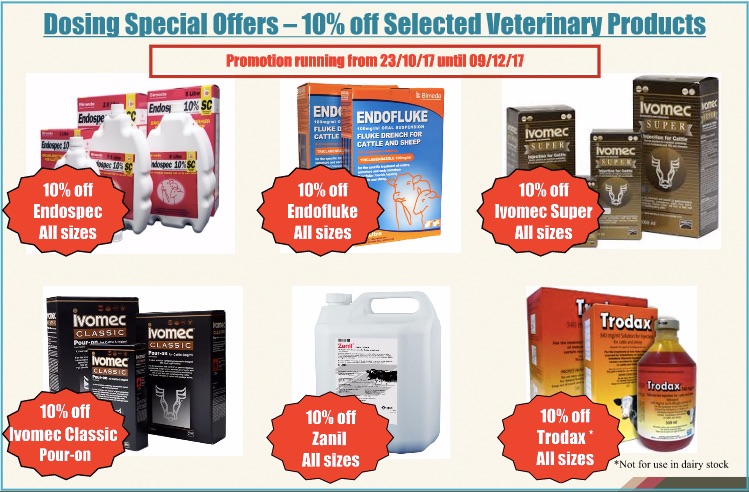