The average price paid for the month based on the average butterfat of 3.81% and protein of 3.47%, including SCC, SDAS bonuses and VAT is 27.22 cpl.

At a recent meeting of the Board of Directors Mr. Richard Connell, Dunmanus, Toormore was elected Chairman and Mr. TJ Sullivan, Urhan Cross, Eyeries was elected as Vice-Chairman.

No bonus is paid where purchases are less than 5.0 cents per litre. 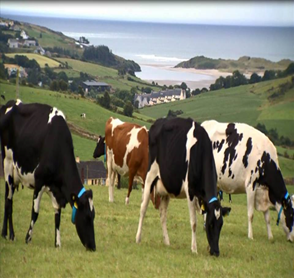 Teagasc are hosting a Research Open day in Clonakilty Agricultural College on Tuesday the 28th of June from 10.30 am.

The aim of the day is to showcase the recent research that has been undertaken in Clonakilty Agricultural College and Moorepark into white clover in grazing systems.

Other topics to be covered on the day include:

All welcome to attend

Frs best practice in milking courses are ongoing around the country. The course is completed over 2 days and costs €250. Anyone interested in attending or sending someone to attend should call 1890 20 1000 or book online.

The Drinagh Co-Op Winner of the award is:

Drinagh Co-Op runners up are:

We congratulate the three finalists on their remarkable achievement of consistently producing top quality milk. A farm walk will be held on the farm of Michael & Maguerite Crowley, Bauravilla Upper, Skibbereen later in the year.

The following are the top 30 registered milk suppliers for 2015 based on their milk quality in alphabetical order: