The average price paid for the month based on the average butterfat of 4.11% and protein of 3.30%, including SCC, SDAS bonuses and VAT is 28.89 cents per litre.

The Society has finalised the figures for the second fixed milk price scheme. A total of 5% of the 2015 supply was available at the fixed price. In total 204 suppliers applied to join the scheme.

Any supplier that applied to fix up to 10% of their 2015 supply was successful in fixing their applied volume.

Any suppliers who applied to fix between 15 and 20% were finally allocated 13.5% of their 2015 supply. This was a result of the scheme being oversubscribed.

All suppliers who joined the second scheme will be paid at the fixed price from January onwards. Monthly statements will now reflect the quantities at both the fixed milk price and the variable price

Videos of each presentation are available online @ drinagh.com under the workshops heading on the herd health page. 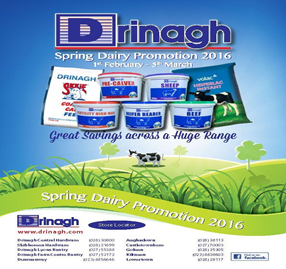 However it is critical that the test is performed and interpreted correctly to ensure results are accurate. We would recommend that a supplier carries out a number of trail tests to familiarise themselves with the test before relying on it completely. 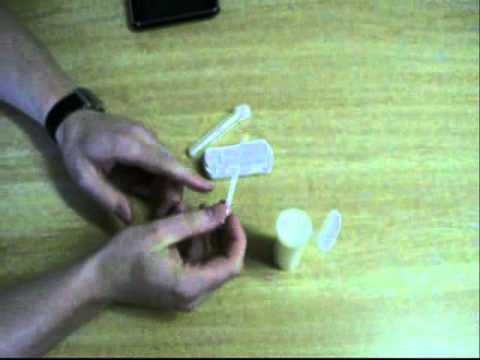 Snap test are available to purchase in all Drinagh stores. 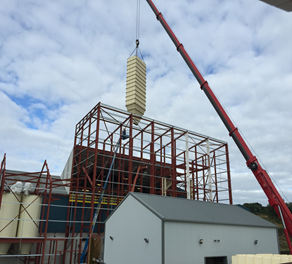 One of the 100 ton raw material bins being lowered in to position.

Last year Drinagh started work on an extension to its milling facilities. The work is now almost complete. The new mill is fully operational since the middle of January with only final commissioning adjustments to be carried out.

The project was undertaken as the existing plant was outdated and lacked the production capacity during the peak demand period. This peak is likely to increase further post quota.

The upgrade involves a number of key improvements and additions.

Raw material storage has been practically doubled with an increase from 450 tonnes to 900 tonnes by the addition of four 100 tonne bins.

A third cuber line has been added to the existing two. The two lines have a combined output of 18-20 tonnes per hour. The new line when fully commissioned will have a throughput of up to 20 tonnes per hour giving a combined capacity of close to 40 tonnes.

The finished product storage capacity has been increased by the addition of four 50 tonne bins. The increased throughput and storage will allow the mill to produce to stock rather than to order which will also streamline delivery and transport costs.

In summary we are delighted that the board approved this project which will ensure a more efficient process and better quality products.

We would like to thank our customers for their understanding and patience during the construction and commissioning of the new project. 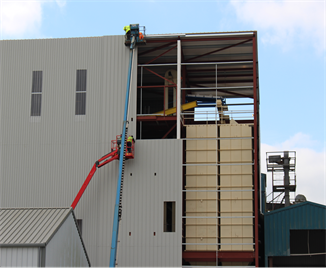 The sheeting being completed on the extension, the 2 bins on the right are some of the new finished product bins 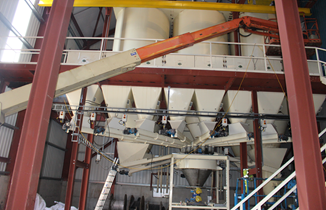