The average price paid for the month based on the average butterfat of 3.79% and protein of 3.43%, including SCC, SDAS bonuses and VAT is 31.40 cents per litre.

At a recent meeting of the Board of Directors, Mr. David Connolly, Reavouler, Drinagh was re-elected Chairman and Mr. Richard Connell, Dunmanus was re-elected Vice-Chairman.

What are your options?

This option is usually only successful when the first milking has been efficiently plate cooled. Often the result is very high and both milkings have to be discarded.

Each load of milk delivered to Carbery is now tested for TBC. The individual farmer samples on any high load are tested to find the source of the problem.

The Moorepark Open Day will take place Wednesday the 1st July from 10.00am to 5.00pm.

Over 80% of all Drinagh suppliers have now signed up to the SDAS scheme. We encourage all suppliers who have not yet joined the scheme to do so by returning their application form to the Society. 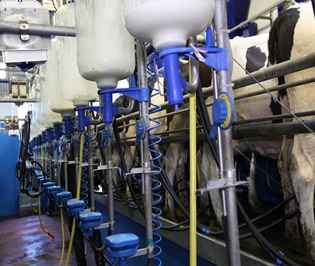 The Drinagh Co-Op Winner of the award is:

The Drinagh Co-Op runners up are:

We congratulate the three finalists on their remarkable achievement of consistently producing top quality milk. A farm walk will be held on the farm of Tim Hurley, Caherbeg, Rosscarbery @ 2.00 pm on Tuesday 21st July.

The following are the top 30 registered milk suppliers for 2014 based on their milk quality in alphabetical order: